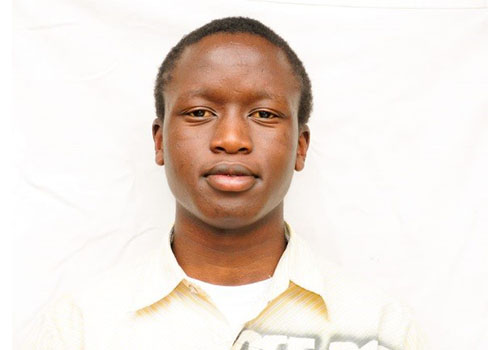 Victor is a the last born in a family of three. He is 17 years old. He was born on 20th of July, 2002. He was born and raised in Nairobi. He has two brothers Dennis and Erick. He was raised by a single mother due to domestic violence from when he was 11 years old. The mother has been taking care of the three boys since then. He currently leaves In Satellite Dagoretti.

He started school at P.C.E.A Amani school and completed at Embul bul Primary School. He scored 322 marks in his K.C.P.E exams. He went to Friends School Silungai and did his K.C.S.E exams where he scored a C minus.

He aspires to become a civil engineer. This has always been his dream. The Chinese are his biggest role model especially with the recent under water tunnel. Apart from engineering, he has always had an ambition of becoming the President of the Republic of Kenya. He has always wanted to have a company that deals with cards, flowers and cakes for events then later use this profit from civil engineering and the company to venture into real estate.

He is also active in sports. A strong supporter of Manchester United. He plays basketball and took the point guard position. In high school he played basketball up to the county level twice in a row. Having left the sub county as the defending champion. He is talented in dance. He dances in church at PEFA Embul bul and also trains Sunday school kids to dance. He was also in the drama team which had modern dance.

His hobbies are swimming, listening to music and spending time with his friends. He trains Sunday school kids in memo reverse, reciting and acting in his free time. He has also participated in a community project back in western region where they visited a children’s home at Kakamega with the scouting club. He has also participated in planting of trees around the school and cleaning the market that led to their school.