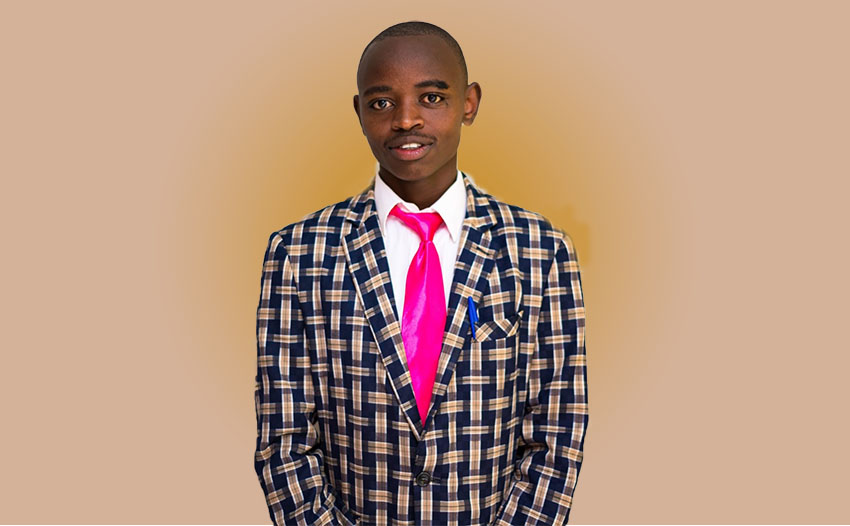 Alphonce Muia was born on 13th July, 1999 in Kibera, Nairobi. He is the first born and comes from a family of five; two sisters, Juliana Kaluki & Joan Mukai and one brother, Anthony Nzioka. He went to Grace Academy for his nursery and pre-unit studies and then transferred to Shadrack Kimalel primary school where he completed his primary education.

Alphonce has had a difficult time growing up in Kibera. Having a mother that struggled to support them on her own, left him wondering how he would ever get them out of this shell. He spent years of his life angry and enraged by the lack of access to basic services like running water, electricity, healthcare or any kind of opportunity.

In high school, Alphonce liked playing football during his free time. In form two, he stopped spending most of his time on the football grounds and found himself in bad company where he started abusing drugs. This peer pressure changed his attitude towards life and to those around him. He became a menace to the school environment hence a drop in his academic performance. This in turn forced his parents to transfer him to Masii SDA Secondary School. Alphoce decided to join the journalism club which occupied most of his time and due to this, he stopped using drugs. He was later transferred to Elite Visionary High School in form three where he joined the drama club. Eventually, against all odds, he found a better path. Alphonce sat for his KCSE Examination and got a D as his mean grade. He decided to turn over a new leaf by getting a job at an Aluminums company where he worked as a handyman; fixing doors, windows and installing mirrors at the construction site. He worked here for a month before hearing about the Good Kenyan Foundation.

Alphonce decided to enroll with the Good Kenyan Foundation on 20th June, 2019, where he has been one of the most hardworking, disciplined and resilient young students we have had. He has now successfully completed his studies and ongoing his internship. Alphonce has dreams of becoming one of the leading accountants in Kenya and his determination landed him an internship at the KKCO East Africa, an audit, tax and advisory firm.